Aaron Cassidy to Compete at Worlds
By Doug Furtney 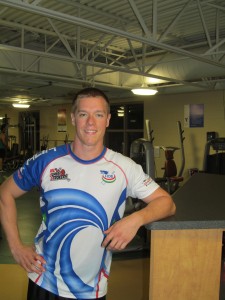 Aaron Cassidy of Plympton -Wyoming will represent Canada as a member of the U24 Dragon Boat National Team. Aaron Cassidy will compete at the 12th IDBF World Dragon Boat Racing Championships 2015. The World Championships will be held at the Welland International Flatwater Centre in Welland, Ontario from August 19th to 23rd.

Aaron Cassidy is 22 years old and has been dragon boating for 8 years. He started in grade ten with the North Lambton Super Strokers. He has helped coach the U18 Super Strokers Dragon Boat teams and is presently coaching the Lambton Shores “Long and Hard” dragon boat team.

In 2014, Aaron Cassidy completed his Level 1 coaching course for dragon boating and he also completed the sternsman’s course. Aaron has been a sternsman in many races including Pickering, Wallaceburg, and in Italy at the World Championships last summer.

Aaron Cassidy decided to try out for the national team after he read about a tryout on Facebook last August.  Over 70 athletes from across Canada signed up for a chance to qualify for the U24 National team. Andrew Milner and Mike O’Reillyfrom Pickering, Ontario coach the team,

The group had 3 tryouts before being cut to 22 men and 22 women. Two of the tryouts were in Pickering, one last fall and one this spring.  The other tryouts were held in Toronto during the winter at Afterburn Fitness.  Each paddler participated in a rigorous fitness test and his or her paddling technique was filmed each time the group got together.

Aaron trained on the Super Strokers ergometer (erg) that is specifically designed to improve paddling skills. For his fitness testing, he was required to paddle 500 metres on the erg. He initially covered the distance in a time of 2:08, but improved this time to 1:54. Another fitness test composed of doing a bench press with 95 pounds, while keeping up to the beat of a metronome. Cassidy completed 42 bench presses.  He also completed pull-ups to failure and planks to failure:  he completed 11 pull-ups (straight arm to chin over bar) and held the plank for 7minutes and twenty seconds out of a possible ten minutes.  Each athlete also was required to run a timed 1500 metre run.  Aaron finished ahead of all the other athletes in this fitness activity.

On the water, Aaron was required to paddle an outrigger canoe by himself over 300 metres. The team meets again in Toronto in August before competing at the World Chanpionships in Welland on August 19th.   Aaron Cassidy will require approximately $2500.00 for this championship. This amount includes uniforms, lodging, race fees and transportation to and from the race site. Donations would be appreciated. Please forward any donations to 519-828-4583.